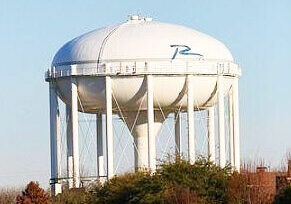 Church of the Apostles in Coppell, Texas, would like to thank those who come from Richardson, TX, to worship with us.

Richardson, TX, is a city in Dallas and Collin counties in the state of Texas. As of the 2010 census, the city had a total population of 99,223. In 2011, the population totaled 107,684. Hence, Richardson is an affluent inner suburb of Dallas and home of the Telecom Corridor, with a high concentration of telecommunications/networking companies. Therefore, more than 5,000 businesses have operations within Richardson’s 28 square miles (73 km2).

In 2004, the U.S. Department of Transportation designated Richardson, TX, as the first North Texas city recognized as the best workplace for commuters. In 2011, the Texas Recreation and Park Society awarded Richardson with the Texas Gold Medal for excellence in the field of recreation and park management.

In Conclusion, the Church of the Apostles is deeply blessed.  We have many members and are growing.  Finally, we invite all Episcopalians and Christians in the Richardson, TX, area to join us in worship, prayer, and fellowship.