Episcopal Church In The Colony, Texas 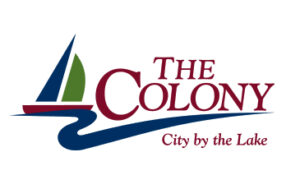 Church of the Apostles would like to thank those who come from The Colony, TX, to worship with us.

The Colony derives its name from the original Peters Colony located within the current boundaries of the historical community of Stewartsville. The Colony is also the site of Bridges Settlement (established during the years of the Republic of Texas and the oldest community in Denton County), Stewarts Creek, Rector, Stoverville and Camey, also known as Camey Spur.

The Colony did not exist before 1973, when home developers, Fox and Jacobs, purchased 3,000 acres of land located around State Highway 121 and Farm to Market Road 423. The name, “The Colony.” was chosen by Fox and Jacobs because they wanted its new development to share a sense of kinship with Texas’ early history and “to create a living monument to the spirit and courage of the Peters Colonists. They planned the development to be a new “dream city” consisting primarily of single-family homes grouped as a “colony” and based on the city of Dallas‘ infrastructure specifications.

The Colony High School is located just north of Texas State Highway 121. The Lady Cougars soccer team won the 2007 Class AAAA soccer championship. The Colony is home to a renowned 350 piece marching band that participated in the 1997 Tournament of Roses Parade. The Colony Marching Band has additionally been a finalist in the Texas State UIL Marching Contest in 1988, 1990, 1991, 1992, 1994, 1996, and 2000. The Colony High School Wind Symphony performed at the Midwest International Band Clinic in Chicago, in the American Bandmasters Association Convention, and at Carnegie Hall. Finally, the Colony Lady Cougar Softball team won the Texas 5A State Championship.

Years of planning work by city leaders have translated into a strong pace of economic and community development in The Colony. Nebraska Furniture Mart broke ground September 25, 2012, on a $1.5 billion, 433-acre complex along State Highway 121. The footprint for Nebraska Furniture Mart of Texas, which opened in May 2015, is equivalent to 40 football fields and sits on approximately 90 acres. It is a part of the largest retail and entertainment destination of its kind in North America and is expected to attract over 8 million visitors and generate $600 million in sales annually.

A 433-acre development known as Grandscape is expected to draw high-end retail, entertainment, hotels, and office space, as well as tourist attractions. Prime space is plentiful with more than 700 acres to develop. Mixed use centers include The Cascades at The Colony; a 100-acre master-planned community consisting of 280 residences, flex office space, three hotels, and four restaurants. Another mixed use center is Austin Ranch that has prime sites for corporate campuses, commercial offices, industrial distribution parks, retail strip centers, pad sites, multi-family and single-family homes.

Finally, we are deeply blessed with many members, and we invite all Episcopalians and Christians in The Colony, TX, area to join us in worship.