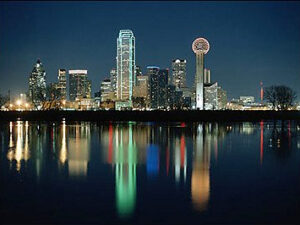 Church of the Apostles, an Episcopal Church near Dallas, Texas, would like to thank all of our parishioners in Dallas, TX, who come to pray with us each week. We are conveniently located at 322 S. MacArthur Blvd, Coppell, Texas 75019.

Dallas, TX, is the third-largest city in Texas and, most noteworthy, the ninth-largest in the United States.  Dallas and Fort Worth comprise the DFW Metroplex, and, therefore, this comprises the largest metropolitan area in the South. Because DFW  is the fourth largest metropolitan area in the United States, the city’s population in 2010 was approximately 1.2 million for Collin, Dallas, Denton, Kaufman, and Rockwall counties. As a result, the city is the largest economic center of the 12-county metropolitan area that, according to the March 2010 U.S. Census Bureau release, had a population of roughly 6.5 million as of July 2009.

Because of the size of the Dallas Metroplex, the economy maintains the sixth-largest in the United States, with a 2010 gross metropolitan product of $374 billion.

We support our bishop, The Rt. Rev. George Sumner. He leads the Episcopal Diocese of Dallas with approximately 70 parishes within our geographical borders that reach north to Oklahoma, east to Arkansas, south to Corsicana and west to Tarrant County. As such, the Church of the Apostles is one of the Churches in the Dallas, Texas, area.

Church of the Apostles, an Episcopal Church near Dallas, Texas

Finally, the Church of the Apostles is an Episcopal Church near Dallas, Texas, and is deeply blessed with many members.  All Episcopalians and Christians in the DFW area are invited to attend our worship services and pray with us.